The Back Bay is one of America’s most desirable, and most expensive neighborhoods. The name quite simply comes by the fact that the area use to be a bay before it was filled in, a project that began in 1857, and was completed in 1882.

Greatly influenced by the renovation of Paris in the mid-to-late 19th century, the main thoroughfares of the Back Bay emphasize order, with parallel streets, lettered alphabetically from A (Arlington) through H (Hereford), intersected by the Avenues of Beacon Street, Marlborough Street, Commonwealth Avenue, Newbury Street and Boylston Streets.

The streets are adorned by a grid of brownstone rowhouses, many of which remain as grand single family mansions, and others of which have been converted to condominium dwellings. Popular street’s for residential living include Commonwealth Avenue, with its wide avenue feel and grassy center mall, tree-lined Marlborough Street, and Beacon Street, which awards many of its owners with direct views of the Charles River.

The Back Bay also houses luxury high-rise developments including the Mandarin Oriental and the Four Seasons, as well as boutique buildings including Le Jardin and the Burrage Mansion.

The Back Bay is also home to the posh shops of Newbury Street, trendy restaurants of Boylston Street and some of Boston’s most recognized buildings including the Prudential Center, John Hancock Building and Trinity Church, as well as the plentiful green spaces of Copley Square and the Boston Common.

A sampling of properties for sale in Back Bay 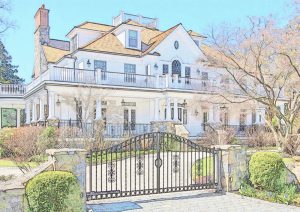 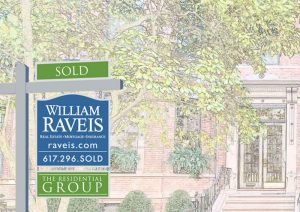